A downloadable game for Windows

Ancient contenders meet at the greatest of the arenas!

We welcome you all to watch the mightiest fight on the Word Tournament!

Use your best arguments to obliterate your enemy! Destroy their rhetoric! Prove them sophists! Show that no one can best you in a debate!

All this in RETHORIC FIGHTER: WORD TOURNAMENT

A fighting game without a real fight, is this possible?

In Rhetoric Fighter, control a iconic philosopher, where instead of swords he attacks with words. Highly inspirated by famous fighting franchise Street Fighter, we created an experience of a fighting game without it's core mechanic: fighting, focusing on input memory, fast response and fast pacing round system.

2 Philosophers are needed to play, as you can't debate alone!

We made this game in the Game Makers Tool Kit Game Jam! 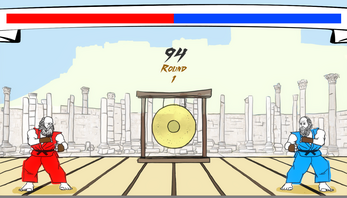 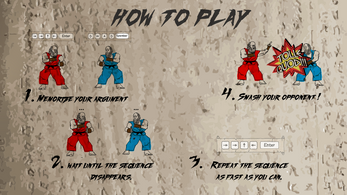